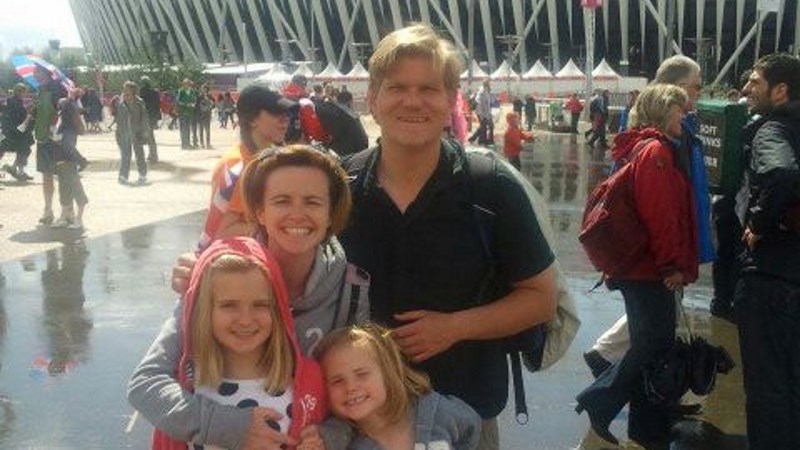 What an amazing two and a bit weeks! It seems as if the whole of the UK (or should I say GB & Northern Ireland!) has been gripped by Olympic Fever. We were lucky enough to attend three events and we had, on the whole, a fantastic time.

If the rest of the UK is anything like me, London 2012 became almost like an addiction. Not only was #TeamGB able to celebrate a highly impressive medal haul (the third highest in the medal table and by far the highest on a population to medal ratio), but something else seems to have changed… for the good… and hopefully forever.

I’m not completely sure whether it has something to do with the Great British weather, but us Brits are somewhat of a negative and cynical bunch. Some might see us as reserved. Some might see us as cold and conservative. But all this has started to change. The Olympics seems to have breathed an new sense of optimism, enthusiasm, inclusiveness and energy into the British psyche… and it feels good. A wave of positivity will hopefully wash away all of the scepticism & cynicism that has held back this nation for far too long. We feel proud to be British again and long may it continue.

The Olympics seems to have been an overwhelming triumph for London & UK; however I’m going to attempt to dissect my personal experience to see what can be learnt from a Customer Experience perspective, breaking it down by the classical 7Ps.

Price: Exceptionally great value for money. Some tickets were expensive; however there were many tickets sold for very reasonable prices too (stadium athletic tickets for as little as £20 each), making it affordable for everyone. Transportation (Transport for London) tickets were included within price of the event tickets, making it even better value.

Place: Where do I start? The Olympic Park and all of the sporting event venues were amazing, not to mention the quality of the sport on show. I cannot speak highly enough of the whole thing. Also, the BBC’s coverage of the event via digital TV and online was quite incredible.

The only slightly negative thing I noticed was a lack of screens in the Olympic Park. If you went to the Olympic Park for the day, other then attending your specific event, your options were limited to eating or hanging out at BT London Live, which was a grassy park within the park which screened some of the live events going on around the capital/ country. We were lucky to watch Andy Murray beat Roger Federer in the Men’s Tennis final there! However considering how brilliant the BBC’s digital services were, screening up to 25 consecutive sports streams at any one time, it might have made more sense to have had some of these streams shown on multiple screens at different points within park. Although the Olympic Park was very beautiful in itself, there were times when I felt a little cut-off from the sport!

People: The Olympic staff and volunteers were brilliant. Incredibly friendly and exceptionally well selected and trained. Large numbers of people were herded from tube stations to the site, but the Olympic Marshals with their large sponge finger gloves and loud-hailers kept the public in good spirits at all times.

Physical Evidence: Although the 2012 logo and font took a bit of a slating at first, the Olympic Park was beautiful and the mascots were popular. My kids are now obsessed with Wenlock & Mandeville! The stadium and tower were a triumph, as were many of the other buildings in the park. The Aquatic Centre is particularly spectacular (and large!). All of my five senses seemed to be engaged in a positive way at all times.

Process: This is probably the biggest area of weakness for London 2012, however still not too bad considering how many millions of people attending the Olympics. The ticket website was, at times, frustrating, making it very difficult to book tickets quickly. New tickets were released regularly; however seemed to disappear as soon as they were released. High traffic volumes (understandably) made the website slow; however it wasn’t made easy by the website logging you out too quickly and an annoying re-captcha process giving pass-phrases that were almost impossible to read. However once you ‘got’ tickets, you had multiple delivery choices (postal delivery, print-off or pick up) and the London transportation system was incredible. Marshalling in the park could have been better at times, which was not made easier by the lack of screens showing live sports from different venues (see earlier comment).

Anyway, on the whole, my Net Promoter Score for the Olympics would be very, very high!!