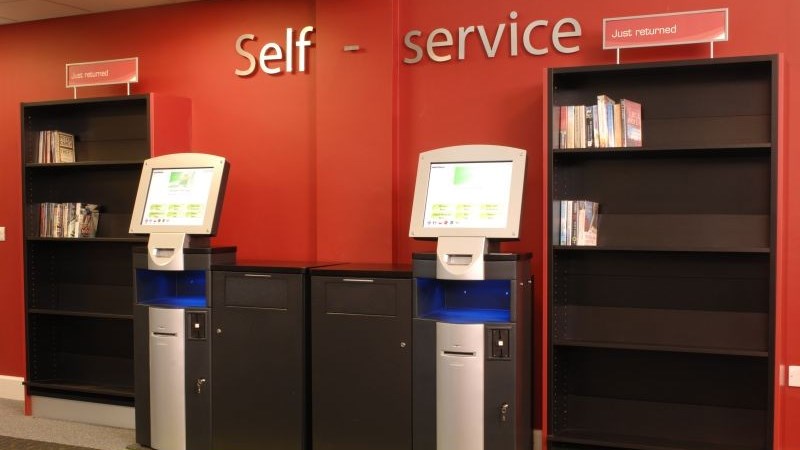 Self-service is an emotive subject. It has both its fans and detractors; however there is no doubt about it – it’s here –  and it’s here to stay! That being said, there is still quite a lot that is misunderstood about self-service. Is has enormous potential benefits for both the customer and the organisation; however it also has the potential to create distance between the two. What organisations really need to get a handle on is where it can go so wrong, but where it can go ‘so right’ too!

Having been a enormous advocate of First Direct bank since I became a customer of theirs in 1994, you might expect me to be a fan of self-service. With First Direct, that certainly is the case. However in the past ten years, I have had some very bad experiences with self-service too.

The self-service revolution has come about for a number of reasons. In today’s 24/ 7 society, self-service has provided people with the facility to gain access to certain services on an almost constant basis. On the whole, people nowadays have more disposable income than they have had before, but also less time in which to spend it, leading to the widespread use of the phrase “time-rich, time-poor” to describe some of the more affluent sectors of our society.

It is now quite amusing for us to think back to episodes of Tomorrow’s World from the 60′s & 70′s that suggested that technology would revolutionise the way we live by creating a “leisure culture” in which machines would do all the work. As we all now appreciate, technology has, in fact, had quite the opposite effect. It has made human beings more productive than they have ever been before. In order for us to remain competitive in a now global business environment, having constant access to the internet makes many people feel almost compelled to work around the clock. For these people, having access to services in the middle of the night is almost a necessity. Who wants to queue up for a meeting with their bank manager on a Saturday morning, especially if they can arrange a mortgage in the middle of the night via a browser?

…can, however, be massively advantageous for a business too. Depending on exactly how much control the business is prepared to hand over to the customer, the implementation of self service can be seen as an enormous cost-saving exercise. Ostensibly, the business is getting the customer to do their work for them… and the customers love it!!

Not only do we have less time than we’ve ever had before, but this lack of time has turned us consumers into control freaks who are not satisfied that a job has been done completely and/ or properly unless we have done it ourselves! However this also raises an interesting question. Has service, on the whole, been so bad in our lifetimes that the only way we can rely on “getting it right” is by doing it ourselves? If this is the case, then growth in popularity of self-service might also be viewed as being a sad indictment of the state of the service industry over the past fifty years.

As many of us have already experienced, self-service can go horribly wrong as well. Many organisations that have found themselves “behind the curve” relative to the competition have almost had their hand forced into quickly developing self-service technologies for their customers.

What made it so easy for First Direct to successfully provide self-service was that it was a natural progression from their existing agent-based call centre technology. It was almost as simple as creating a browser interface to give customers similar access to the systems that agents were already utilising.

When self-service goes wrong, not only does the customer feel that they have lost control over what they are doing, but they also feel far more distant from the business than they did previously. When a computer-based system doesn’t work properly, not only is the apology is far less genuine, but the requirement for us to find human support as an alternative can leave some of us feeling like we’ve been wasting our time in the first instance.

And that is if we can find any human support at all. A number of incredibly poor interactions with one paid service, which would only provide me with online access to a so-called intelligent FAQ support system, led me to cancelling my service subscription altogether. I would have been happy to have paid for service support, however that wasn’t even an option!

So, it is probably fair to say that self-service hasn’t got all of the answers. In the UK, Metro Bank has sprung up in the last few years promising to provide customers with a completely new and improved face-to-face customer service experience, offering longer opening times and a more vibrant almost ‘shop-like’ banking environment. They have chosen to use the phrase ‘stores’ rather than the more traditional ‘branches’ to describe their outlets, which signals a more informal, customer-orientated approach to customer management.

It would be very interesting to understand the reasoning behind the creation of this new bank. Is this a direct response to the poor service provided by traditional branch-based banks, or might it be in response to the poor service offered by poorly implemented self-service systems? If the latter were the case, it would mean that the industry has gone full circle – self-service introduced as replacement for poor face-to-face service, followed by face-to-face service introduced as a replacement for poor self-service!

Either way, it will be very interesting to not only observe the performance of Metro bank over the next few years, but also the reaction of consumers to the increasing importance of self-service too. One thing is for sure – getting it wrong might be altogether worse than not doing it at all.

If my friends in the world of User Experience have anything to say about this, then self-service will and can only get better and better….